By Michael B. Murphy

Featuring an impressive lineup of actors, traditional Japanese musical instruments, and elements of chanbara cinema, Wolf’s Calling is a captivating short film/music video hybrid about a gun, a girl and the radical act of remembering.

In April of last year, director Toshiaki Toyoda (whose previous films include Blue Spring and 9 Souls) was arrested at his home on suspicion of possessing a firearm. Fortunately, the 51-year-old filmmaker was cleared of any wrongdoing and released from jail days later when investigators discovered his gun was actually a World War II-era family heirloom that no longer worked.

Promoted as Toyoda’s response to his arrest, the 17-minute short Wolf’s Calling is a contemplative and political tale about a girl reconnecting to her nation’s past after discovering a long-forgotten gun. It’s also a badass music video scored by the Japanese anti-modernist punk band Seppuku Pistols.

END_OF_DOCUMENT_TOKEN_TO_BE_REPLACED

The Maverick Director Award, the festival’s website states, “is dedicated to filmmakers who have contributed to the invention of a new, original, and unconventional cinema.”

Miike was already schedule to appear at the festival, which runs from Oct. 16-25 in Rome, Italy, to world-premiere his latest film, As the Gods Will.

END_OF_DOCUMENT_TOKEN_TO_BE_REPLACED

Already diverse and eclectic, the 2014 Japan CUTS film festival in New York City (which begins July 10th through the 20th) has recently added the psychological-thriller Killers to its lineup.

Co-produced by Japanese film studio Nikkatsu and the Indonesian Guerilla Merah-Films, Killers follows the exploits of a Japanese serial killer named Nomura (played by Kazuki Kitamura) who uploads footage of his tortures and murders onto the internet. Nomura’s snuff films fascinate an Indonesian journalist named Bayu (played by Oka Antara), who in turn begins to kill and upload his murderous acts onto the internet as well. Nomura soon becomes aware of Bayu’s work, leading to a dark and twisted confrontation between both men.

END_OF_DOCUMENT_TOKEN_TO_BE_REPLACED

The film has caused a bit of controversy in Miyazaki’s native land as it is a fictionalized WWII-era biography of Jiro Horikoshi (voiced by Joseph Gordon-Levitt), the aeronautical engineer who designed the Mitsubishi A6M Zero fighter plane – an aircraft that would be used by the Japanese Imperial Navy to attack Pearl Harbor.

The Wind Rises, which harkens back to the sweeping Hollywood epics of yore, tells the tale of the starry-eyed Horikoshi, whose dreams of one day building elegant and beautiful airplanes come true – a reality that will inflict heartache upon not only himself but the world at large.

END_OF_DOCUMENT_TOKEN_TO_BE_REPLACED

The Why We Watch interviews conclude with a chat with Monkey Fist, Topo Sanchez and Mountain Monkey – the creators of the blog and film society S.C.U.M. Cinema.

Editor’s Note: I conducted my interview with these three men via email. Some questions were answered individually and some answered as a whole. “S.C.U.M. (all)” denotes that the answer was given by all three interviewees.

First conceived in 2007 by Monkey Fist as simply S.C.U.M., S.C.U.M.’s main objective was to hold “regular public screenings of non-mainstream films for like-minded folks in Singapore.” Due to issues with “obtaining screening rights from copyright holders,” S.C.U.M. would collapse but would eventually resurface as S.C.U.M. Cinema and this time, Monkey Fist had his friends Mountain Monkey and Topo Sanchez by his side. Together, these three men have created a blog where they review cult films from around the world, new and old, and continue to work towards their ultimate goal of holding film screenings in Singapore.

I talked to them about why we watch films that are, as they say, “weird and the bizarre.” The answers they gave are interesting and quite humorous. They are undoubtedly extremely knowledgeable in cult film and I walked away from the interview with at least ten movies I’ve never heard of before that  I need to get copies of and watch!

END_OF_DOCUMENT_TOKEN_TO_BE_REPLACED

I begin my series of Why We Watch interviews with Jason M. from Genkinahito.

Jason, a blogger since 2009, tells of how he first get a taste for foreign films (spoiler: a heaping helping of Hong Kong Jackie Chan films and the diverse programming on UK television gave him the bug for global cinema) and what, in his opinion, are the best foreign film distribution companies at the moment. Jason also gives his opinion on the ethics of fan subtitled movies and whether he thinks his studying of the Japanese language has helped him understand Japanese films on a deeper level.

END_OF_DOCUMENT_TOKEN_TO_BE_REPLACED 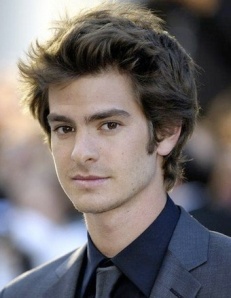 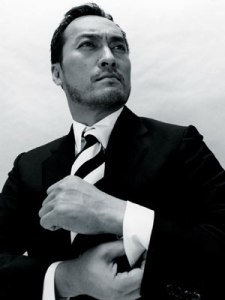 It’s taken nearly twenty-years but Martin Scorsese’s passion project, a film adaptation of Japanese author Shusaku Endo’s novel Silence, has received funding and will begin filming in the summer of 2014.

Scorsese has landed the talented Andrew Garfield (The Amazing Spider-Man and Social Network) and Ken Watanabe (The Last Samurai and Inception) to star.

Garfield will be playing Father Rodrigues, a Portuguese Jesuit priest – a role that was once rumored to be played by Daniel Day-Lewis and later Benicio Del Toro.

Silence tells the story of two 17th-century Jesuit priests, one of whom is Father Rodrigues, who journey to Japan during a time where Catholics faced great religious persecution.

Ken Watanabe will be playing the role of an interpreter to the two Jesuit priests.

The majority of the film will be in the Japanese language, Scorsese has said.

For a third year in a row, Japanese director Takashi Miike will have one of his films screen in competition at the Cannes Film Festival.

Miike’s latest film, Shield of Straw, will screen at the 66th annual Cannes Film Festival which runs from May 15-26.

Miike saw his films Hara-Kiri: Death of a Samurai and For Love’s Sake screen previously at Cannes in 2011 and 2012, respectively.

According to Variety.com, the film synopsis is as follows:

“The pic is based on Kazuhiro Kiuchi’s eponymous best-seller about cops transporting a confessed killer across country. They must evade bounty hunters out to collect the $12 million price on the murderer’s head offered by the victim’s rich grandfather.” 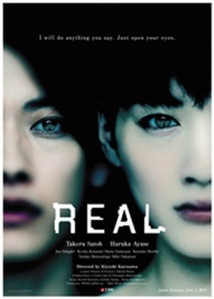 It’s been a long five years since Japanese director Kiyoshi Kurosawa last released a film on the big screen but fans of his work need not wait much longer.

On June 1st, Kiyoshi’s REAL will open in theaters across Japan and, if you’re like me and do not live in Japan, don’t be too sad as REAL will undoubtedly make appearances at international film festivals and, eventually, find its way onto DVD and Blu-ray.

Kiyoshi, who has directed popular Japanese films such as Bright Future (2003), Pulse (2001), and Cure (1997), will make his directorial return with an adaptation of the award-winning Japanese novel A Perfect Day for Plesiosaur. The novel, written by Rokuro Inui, came out in 2011 and, according to SciFiJapan, won the Grand Prize at This Mystery is Excellent! – an annual mystery fiction competition held in Japan.

According to IMDB, the plot synopsis to REAL is as follows:

“Koichi and Atsumi are childhood friends who have become lovers. Despite this closeness when Atsumi attempts suicide Koichi is at a loss to understand the circumstances that drove her to do such a thing. Now she is in a coma and Koichi needs to find out the reason. Since Koichi is a neurosurgeon he has access to the latest studies and so he takes part in a medical procedure that will allow him to enter Atsumi’s subconscious. Through ‘sensing’, a type of neurosurgical procedure allowing contact with the intentional aspect of a comatose patient’s mind, Koichi tries to discover why Atsumi tried to kill herself, and to bring her back to consciousness.

When he enters her mind she asks him to find a picture which she drew as a child. It is the key to a suppressed memory connected to a childhood trauma, an incident buried in their past which will bring their minds together and allow him to get close to truly knowing his love.” 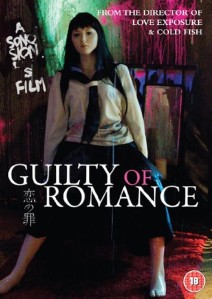 It’s March everyone, and that means the BUFF (Boston Underground Film Festival) is gearing up to showcase another stellar collection of bizarre, wacky and visceral films from around the world!

The big news for us who are obsessed with Japanese cinema? Well, Japanese auteur Sion Sono will have his 2011 film Guilty of Romance screened at this year’s BUFF event.

The festivals website, http://www.bostonunderground.org, describes Guilty of Romance as, “an eerie, boundary-pushing thriller from one of Japan’s masters of suspense. Always unorthodox, this acclaimed international gem starts off with a bang, as a dead body leads investigators to a demure housewife, leading a secret life as a nude model.” 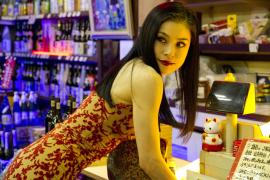 Sono’s been on a bit of a roll as of late. His 2008 film Love Exposure drew rave reviews from around the world and made it on many best of the year lists. The four-hour film is one of my personal favorites.

For more information about BUFF, go check out their website: http://bostonunderground.org/ and make sure to support them.