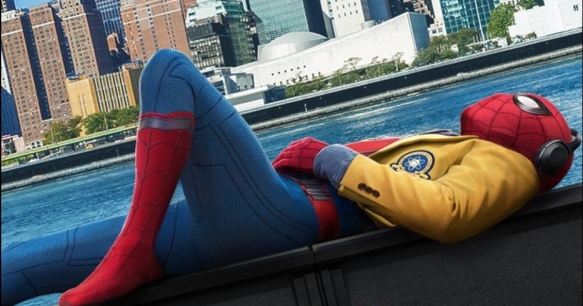 There are very few givens in life – though death, taxes and superhero movies come to mind.

To be honest, I’d rather feel the cold, dark embrace of the Grim Reaper himself or be audited by the IRS than subject myself to director Zack Snyder’s upcoming Justice League movie.

However, I take comfort in the fact Marvel Studios and Disney are, as per tradition, gearing up to dominate domestic and international box offices when when they release three – count ‘em, three – films this year. While never Oscar worthy, Marvel Studios’ movies are consistently high quality and always provide a good time at the theater.

First up, and right around the corner, will be the highly-anticipated Guardians of the Galaxy Vol. 2 which opens in the U.S. on May 5. And on Nov. 3, the God of Thunder himself will be returning to the big screen in Thor: Ragnarok.

Sandwiched in between both films, and landing smack dab in the middle of the summer blockbuster season, is everyone’s favorite friendly neighborhood wall-crawler who will star in his first feature-length Marvel Studios’ film – Spider-Man: Homecoming.

Check out the trailer and find out what Spidey, Iron Man and Michael Keaton’s sinister Vulture are up to after the break.

END_OF_DOCUMENT_TOKEN_TO_BE_REPLACED 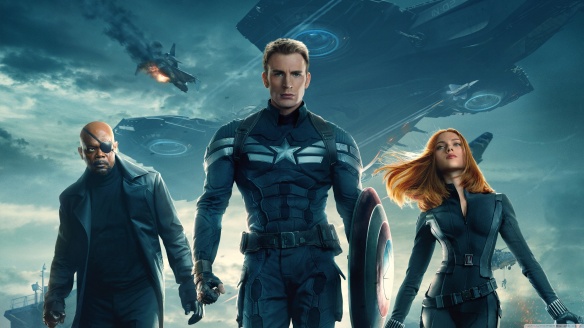 Captain America: The Winter Soldier,  Marvel Studios’ ninth cinematic installment, is the most grounded and faithful adaption of a superhero comic book to the big screen thus far.

Having been on a roll since 2008’s Iron Man, Marvel Studios has become this generation’s new Pixar insofar as the comic book-to-film studio has yet to release a critical or commercial dud since its inception.

Unfortunately for the naysaying cinephiles who have been chomping at the bit to cry foul at a Marvel Studios release, Captain America: The Winter Solider is not only a solid action film in its own right, but a fantastic universe-building addition to Marvel’s pantheon of interconnected films.

Partially inspired by the epic series of Captain America comic books written by Ed Brubaker entitled “The Winter Soldier,” the film begins months after the alien invasion of New York City seen in The Avengers, and features a more hardened and skeptical star-spangled avenger (Chris Evans).

Though still employed by the shadowy and omnipresent S.H.I.E.L.D. organization – think a global NSA, FBI and CIA – Captain America has begun to question the motives and orders of the group’s director Nick Fury (Samuel L. Jackson). The film opens with a breathtaking action sequence where Captain America, per Fury’s order, performs a black-ops mission with the aid of Black Widow (Scarlett Johansson) aboard a hijacked cruise liner.

This opening scene is an immediate punch to the gut for longtime Marvel Studios’ fans who may not be familiar with the Captain America found within the Marvel comic book. Though we’ve seen Steve Rogers, AKA Captain America, kill aliens in the movies, most viewers will be shocked to see the red, white and blue hero murder his enemies. In the opening sequence alone, we see Cap choke out, stab and smash the skulls of multiple foes.

In a spectacular fashion, Captain America: The Winter Solider dismantles the long-held belief that Fury and his S.H.I.E.L.D. organization can be trusted. Shortly after, movie-goers are introduced to Alexander Pierce (Robert Redford) who further plants seeds of doubt in the head of Captain American concerning Nick Fury. Compounding problems for our hero is the emergence of the mythical Soviet assassin turned real, the Winter Solider, who is relentless in preventing him from saving the day.