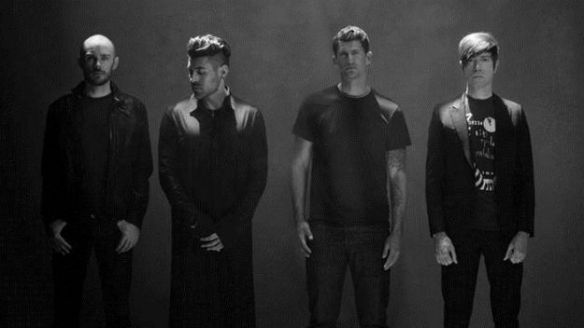 AFI, who have been around the music scene since 1991, seem to be trying to top the recently released Cults album “Static” as 2013’s most bitter breakup album.

Davey Havok, singer of AFI, spends the entirety of his band’s latest album, Burials, dissecting every minute flaw and imperfection of his last relationship, and, for the most part, it’s an exhilarating and emotional ride that sees AFI make their long-awaited return from their five-year absence.

Despite re-embracing the gothic leanings they had last fully employed on 2006’s Decemberunderground, and nearly all but avoided on 2009’s Crash Love, AFI, for the most part, sounds surprisingly fresh on their new album.

The opening track, the cinematic “The Sinking Night,” is a slow-boil epic but, truth be told, is not nearly as attention-grabbing as previous AFI opening tracks “Miseria Cantare – The Beginning” or “Prelude 12/21.” However, it sets the mood for the dark journey of Burials well enough.

The first single, “I Hope You Suffer,” begins with menacingly heavy drums, bass guitar and piano. Digital drum beats and effects fade in and out of the song like whispers. The use of electronic music is refreshingly minimal, and used only to accentuate the mood of the track – in some ways it sounds similar to the work Trent Reznor and Atticus Ross created for the soundtracks to The Social Network and The Girl with the Dragon Tattoo.

END_OF_DOCUMENT_TOKEN_TO_BE_REPLACED 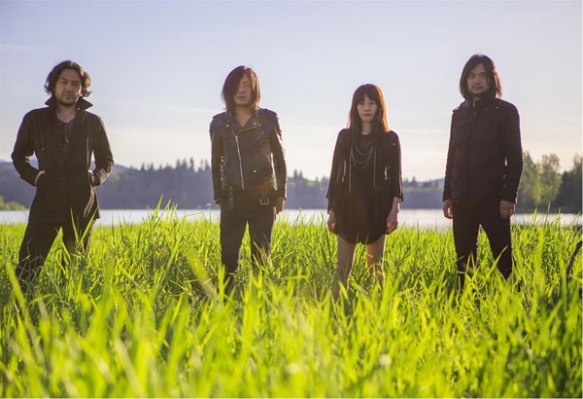 After having just completed a tour of China, the Japanese post-rockers MONO have blessed their North American fans with their presence, as they have come to the States to begin recording material for a new LP. While writing and recording their future album, MONO have embarked on a brief nine-city tour that covers most regions of the U.S., as well as two stops in Canada.

On Sunday, Nov. 17, The Brighton Music Hall in Boston was one of the nine fortunate venues to host the band. The show began promptly at 9 p.m. when opening act Majeure, a one-man space rock band from America, started the night off well with his subdued yet entertaining performance.

For the entire duration of his set, Majeure’s sole member, A.E. Paterra, had the small, intimate audience engaged with his looping electronic synthesizer beats. Majeure’s music sounded as if it were influenced by French house artist Kavinksy and ‘80s electro-pop film soundtracks – images of the Ridley Scott film Blade Runner flitted through this reviewer’s mind.

Bobbing his head slightly while standing, Paterra manned his digital instruments – three synthesizers, a sequencer and a MacBook – with the cold meticulous precision of a robot.

The Brighton Music Hall continued to fill with concertgoers throughout Majeure’s performance as well as during the brief intermission before the headliner, MONO, took the stage.

END_OF_DOCUMENT_TOKEN_TO_BE_REPLACED

“And where do we go / Where do we go,” asks Arcade Fire’s vocalists Win Butler and Régine Chassagne on “Afterlife,” one of the new tracks from the Montreal-based indie rock band’s latest album, Reflektor.

The question of where to go, at least musically, was one that Arcade Fire must have ruminated upon quite a bit after receiving their Album of the Year Grammy award for their 2010 album The Suburbs. After all, they shocked the music world by beating out the likes of mega pop stars Katy Perry and Lady Gaga, the American country pop of Lady Antebellum and the prolific rapper Eminem.

This accolade saw them become one of the biggest and most important rock bands in the world as they were able to, if only for one February night at Los Angeles’ Staples Center, drive a stake into the heart of the ugly and bloated monster that is the pop music industry.

Where the band should go next was also a question many longtime fans found themselves anxiously pondering – would the lure of mainstream adoration corrupt the band? Would the sweet taste of popular acceptance subvert Arcade Fire’s powerfully independent music into something watered down and commercialized?

END_OF_DOCUMENT_TOKEN_TO_BE_REPLACED 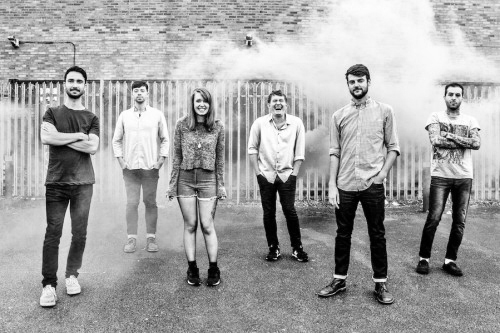 Over the course of Los Campesinos’ prolific seven-year career – they have released five albums, two EPs and a live album – the indie pop band from Wales have made a name for themselves due to their constantly evolving sound, which has bounced between the fey and playful twee vibe of their debut album Hold on Now, Youngster…, the manic-depressive quality of 2010’s Romance is Boring or the darkly brooding atmosphere of 2011’s Hello Sadness.

Impressively, Los Campesinos’ sonic changes over the years have never once been jarring, as there has always been the shared commonality of front man Gareth Paisey’s intensely personal, and often humorous, lyrics.

“There is no blues that can sound quite as heartfelt as mine,” declares Paisey on the band’s latest album No Blues.